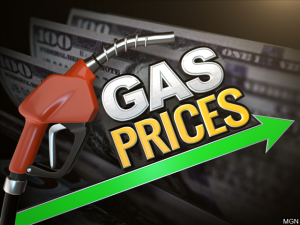 Gas prices are now at their highest level since July of 2015, and experts say it probably isn’t over. Prices typically rise into late spring, but concerns over Syria and China trade are raising crude oil prices. And the U.S. is exporting more of its domestically-produced oil. Annual prices usually peak between now and early June. WLNI’s Evan Jones has more: