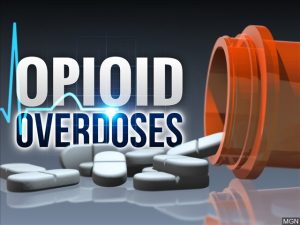 BEDFORD COUNTY SHERIFF’S OFFICE NEWS RELEASE: On 10/4/2019 a student at Jefferson Forest High School was found unresponsive on the school property and was brought to the school nurse for treatment.  The School Resource Officer was called to assist and upon arrival, the S.R.O. administered a naloxone hydrochloride EVZIO® Injection (sometimes known as NARCAN), which revived the student.  Medical personnel arrived on scene and the student was transported to the hospital for further care.  This incident is under investigation and no further information will be released at this time due to the age of the student and the ongoing investigation.