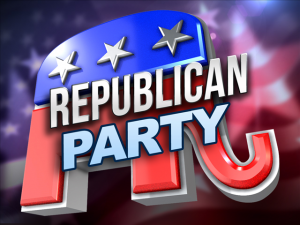 RICHMOND, Va. (AP) — The three Virginia Republicans looking to unseat Democratic Sen. Tim Kaine are all relative political newcomers with limited financial backing. Corey Stewart, Nick Freitas and E.W. Jackson are vying for the GOP Senate nomination in what’s expected to be a difficult year for Republicans. Several higher profile Republicans who had earlier suggested they might run took a pass.

Kaine is Hillary Clinton’s former running mate and a former governor seeking a second term in the Senate. He enjoys high name recognition and has a hefty campaign account. Democrats are also on a long winning streak in Virginia. Clinton won the state in 2016 and voters unhappy with President Donald Trump gave Democrats easy wins in the gubernatorial and statehouse races. But the three GOP hopefuls say they have a path to victory despite the tough political atmosphere. Here’s a look at each candidate:

The Prince William County Board of Supervisors Chairman likes to boast that he was “Trump before Trump was Trump.” Stewart first made a name for himself as an immigration hardliner a decade ago when he led a harsh crackdown on immigrants in the country illegally.

He was an early supporter of Trump’s presidential bid and a one-time state chairman of Trump’s campaign. Stewart was fired from that position when he led an unauthorized protest against the Republican National Committee, which Stewart said wasn’t supportive enough of Trump after video surfaced of him making sexual comments about women.

That dismissal hasn’t lessened Stewart’s ardor for the president. Stewart has pledged full support for the Trump agenda if elected to the Senate.

“If you entrust me with this nomination, I will deliver a devastating loss to the Democratic Party and to Tim Kaine. I will deliver you a win and I will deliver the United State Senate to pursue and support President Trump’s America First agenda,” Stewart said a recent candidate debate.

That strong showing still hasn’t won him many fans with most of the state Republican establishment, who dislike Stewart’s open embrace of Confederate imagery and shock tactics. Stewart recently held a news conference where he suggested Republicans who support expanding Medicaid — a key part of former President Barack Obama’s health care overhaul — were impotent.

The two-term state House of Delegates member is a former Army Green Beret who works for a defense contractor. A Libertarian-leaning Republican, Freitas is basing his campaign on promoting “individual liberty” and has been endorsed by U.S. Sens. Rand Paul and Mike Lee.

Freitas gained viral video fame earlier this year with an impassioned defense of gun rights on the state House floor in the wake of a deadly shooting at a Florida high school. Freitas said Republicans would hold firm against any attempt at limiting gun rights in any effort designed to curb school shootings.

“We’re going to have a problem with so-called solutions which infringe on people’s liberty under the promise that government will provide for their security,” Freitas said.

Freitas is being backed by the National Rifle Association, as well as several Republican state lawmakers.

Republicans picked little known pastor E.W. Jackson in 2013 to be their candidate for lieutenant governor. Jackson was badly beaten after running a quirky campaign. For instance, he compared the fight against abortion to anti-slavery efforts. Some specifics about upbringing in a foster home and his business claims were also publicly questioned.

The only African-American running, Jackson has pitched himself as the best candidate to win over Latino and black voters in the general election.

“We’ve got to send a message: we operate on the basis of principle, not race,” Jackson said at a recent debate.

Jackson said he doesn’t want to just be a political leader, but a “cultural leader” as well.