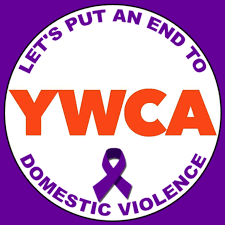 Mari and Brian are joined by Steve Mills talks about the upcoming Friday Night Revival, Mike Lewis talks the LSO’s upcoming Christmas Concert, and Jerry Griffin from Amend Together of YWCA talks what their program is doing to teach young men how to treat women. WLNI · Plug Away Monday 11/15/2021

Lynchburg threatens to cut water for households with unpaid bills

Lynchburg City officials are threatening to turn off water for more than 1,000 households as soon as September that are behind on their water bills. The News & Advance reported yesterday that the city paused water-service cutoffs in March because of the coronavirus pandemic. Officials wanted to make sure people could wash their hands to […]

VIRGINIA BEACH, Va. (AP) — The city of Virginia Beach removed a 115-year-old Confederate monument from public grounds on Saturday, less than two days after the City Council voted unanimously to do so. Workers took down the 27-foot (8.2-meter) tall monument on Saturday morning, media outlets reported. It was installed in 1905 and stood outside […]

RICHMOND, Va. (AP) — A city dump truck was set on fire as protesters faced off with police in Virginia’s capital during a demonstration in support of protesters on the other side of the country in Portland, Oregon. Virginia State Police and Richmond police worked to clear the crowd of a several hundred demonstrators late […]

RICHMOND, Va. (AP) — Virginia has removed from its iconic state capitol the busts and a statue honoring Confederate generals and officials. That includes a bronze statue of Gen. Robert E. Lee positioned in the same spot where he stood to assume command of the state’s armed forces in the Civil War nearly 160 years […]

An attorney in Virginia has filed a complaint against a judge who had halted the removal of Confederate statues from Richmond’s Monument Avenue. The Richmond Times-Dispatch reported Friday that the complaint criticizes the judge for presiding over the statue cases despite living near the monuments. It also cites a college editorial the judge wrote in […]

The State Fair of Virginia has been cancelled this year because of the coronavirus pandemic. The Richmond Times-Dispatch reported Thursday that the fair’s organizers were unable to find a way to pull it off safely. Pam Wiley, director of communications for the Virginia Farm Bureau, said staff spent months trying to figure out ways to […]

RICHMOND, Va. (AP) — Virginia Democrats say they are looking to make transformational change to the state’s criminal justice system — just a few months after taking a far less ambitious approach. The killing of George Floyd and widespread protests over police violence have prompted lawmakers and their allies to promise sweeping changes to a […]

RICHMOND, Va. (AP) — Virginia Republicans have picked state Del. Nick Freitas as their candidate to face off against U.S. Rep. Abigail Spanberger this fall in one of the country’s marquee congressional races. News outlets report Freitas won a convention Saturday to be the GOP nominee for a Richmond-area congressional district. Freitas, defeated state Del. […]

Northam calls for special session to focus on budget, police

Governor Ralph Northam has called for a special legislative session next month to focus on the state budget in the wake of the coronavirus pandemic as well as criminal and social justice reform. The Richmond Times-Dispatch reported that Northam’s office made the announcement Friday. Lawmakers will be due back in Richmond on Aug. 18. The […]