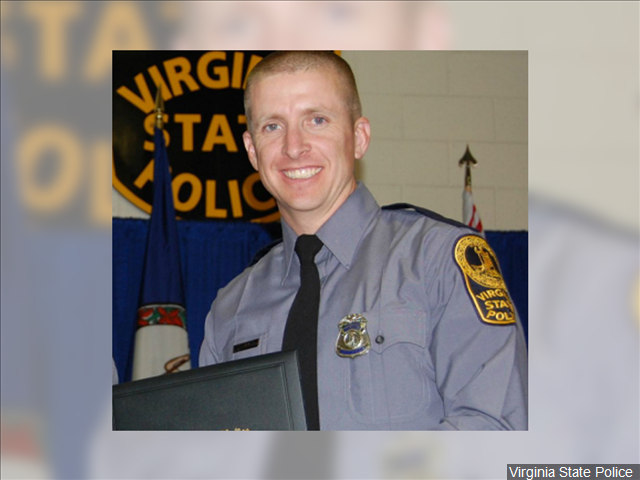 RICHMOND, Va. (AP) — Billboards around the country will thank law enforcement officials later this month on behalf of the family of a Virginia State Police trooper who was killed in the line of duty.

WTVR-TV reports that the family of slain Trooper , who was killed last year at a Richmond bus station, has teamed up with Lamar advertising to put the billboards up nationwide on Dec. 22.

Authorities say Dermyer was killed March, 2016 by a gunman at a Greyhound bus station while police were holding a counterterrorism training exercise.