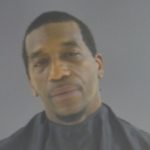 Officials say two children who were sitting in a car are hospitalized In Roanoke after at least one gunshot entered the vehicle. The Bedford County Sheriff’s Office says it happened Sunday evening along Old County Road south of Bedford. The children are ages 5 and 12, and officials say their injuries may be from broken glass, not from the gunfire itself. 45-year-old Ricky Blake faces multiple charges and is currently jailed without bond.

NEWS RELEASE: At 7:02 p.m. Sunday evening, Bedford County 911 received a call reporting two people had been shot on Old Country Road. Bedford County Sheriff’s deputies, Va. State Police along with Bedford County Fire and Rescue units responded. Two victims, ages 12 and 5, were transported to Roanoke Memorial Hospital. At this time it appears the injuries sustained by the victims were possibly caused by broken window glass of the vehicle they were sitting in at the time of the shooting.

The Bedford County Sheriff’s Office arrested Ricky Blake, age 45. He has been charged with possession of a firearm by a convicted felon, the use of a firearm in the commission of a felony and two counts of felonious malicious wounding. He is being held in the Blue Ridge Regional Bedford Adult Detention Center without bond.

At this time the condition of the victims is not known.

Assault suspect in custody after standoff with LPD 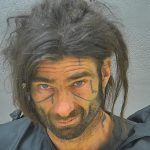 NEWS RELEASE: LYNCHBURG, Va. – The Lynchburg Police Department has a man in custody after a standoff lasting more than two hours.

On Saturday, April 4, 2020 at 4:50 p.m., officers responded to the 1300-block of Church Street for a trouble unknown call. They determined Eric Weber, 46, of Lynchburg, had held a female against her will and assaulted her.
Weber barricaded himself on top of a hill at 13th and Main streets. Members of the LPD Crisis Negotiation Team spoke with him for more than two hours before Weber came down and officers took him into custody. Weber is charged with assault and battery, abduction, and preventing someone from calling law enforcement.
This is an ongoing investigation. Any additional information will be released as an update to this news release.
Anyone with information about this incident is asked to contact the Lynchburg Police Department at (434) 455-6041 or Crime Stoppers at (888) 798-5900. Enter an anonymous tip online at http://p3tips.com or use the P3 app on a mobile device.

Lynchburg man wanted for contempt gets charged with a lot more

NEWS RELEASE: LYNCHBURG, Va. – The Lynchburg Police Department has arrested a man wanted for contempt of court for failure to appear in court and charged him with several additional offenses after finding him in possession of drugs and a firearm.
On March 25, 2020 at 3:39 p.m., an officer located Sergio Sihlangu, 32, of Lynchburg, in the 400-block of Federal Street. After Sihlangu was detained on the active warrant for failure to appear in court, officers found a concealed handgun, crack, cocaine, and items consistent with drug distribution.
He is charged with: 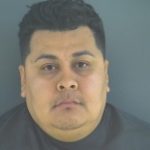 A Lynchburg man is charged with child sex crimes in Bedford County. The sheriff’s office says 35-year-old Federico Ugalde faces multiple charges   — and additional charges are pending against him. Ugalde is currently jailed without bond.

NEWS RELEASE: On March 24, 2020 , the Bedford County Sheriff’s Office arrested Federico Ugalde, age 35, of Lynchburg, for three counts of Carnal Knowledge of a juvenile, two counts of Sexual Battery, and one count of Using an Electronic Device to Solicit Sex with a Juvenile. The investigation is ongoing and additional charges are pending against Ugalde. He is being held without bond.

Police in Richmond sought on Saturday information about a homicide in which a 16-year-old youth died.

Richmond police said officers were called about a shooting reported on the city’s east side and found the male teenager inside a convenience store. He had collapsed there after being shot Thursday evening outside the retailer, police said in a news release.

The teenager, whose name was not released at his family’s request, was pronounced dead about 20 minutes after the initial call. No charges have been filed.

A male adult inside the store at the time was also shot. He was taken to a hospital with a non-life threatening injury, according to the Richmond Police Department.

On March 19, 2020 at 11:14 p.m., officers responded to Lynchburg General Hospital after an adult male arrived with multiple gunshot wounds. The gunshot wounds are considered non-life threatening. The victim was not cooperative with law enforcement.

This is an ongoing investigation. Any additional information will be released as an update to this news release. 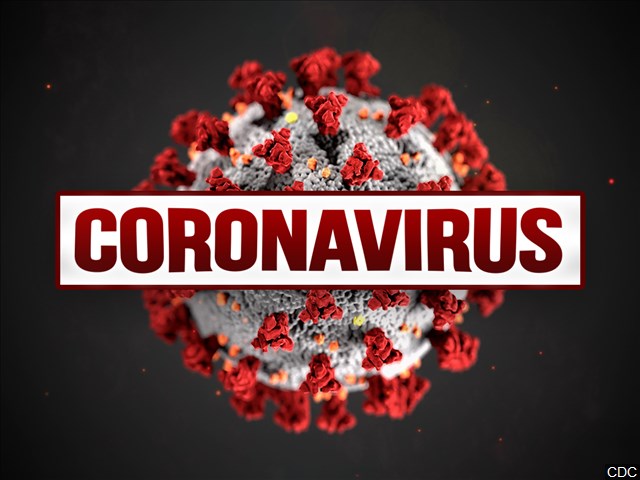 Virginia has joined the growing number of states across the nation halting evictions in response to potentially lost wages during the coronavirus pandemic. WLNI’s Ian Price has more:

From Lynchburg Police: The Lynchburg Police Department has arrested Omar Pannell, 27, of Lynchburg, after an officer attempted to pull him over and he fled, eventually crashing into two cars and power pole at the corner of Early Street and Amherst Avenue.

On March 16, 2020, at 8:19 a.m., a Lynchburg Police Department officer attempted to stop a vehicle with no license plates on Hollins Mill Road. The driver fled at a high rate of speed and the officer attempted to catch up with the vehicle. The driver continued to Bedford Avenue and Rivermont Avenue before crashing after turning on Early Street. One person was transported to the hospital with non-life-threatening injuries as a result of the crash.

After crashing, Pannell fled on foot and was subsequently taken into custody after a brief foot pursuit. He is charged with possession of marijuana with intent to distribute, reckless driving, no tags displayed, driving on a revoked license, obstruction of justice, felony eluding, littering, three counts of hit-and-run, and five counts of failing to stop for a stop sign.

The crash is still under investigation. Any additional information will be released as an update to this news release. 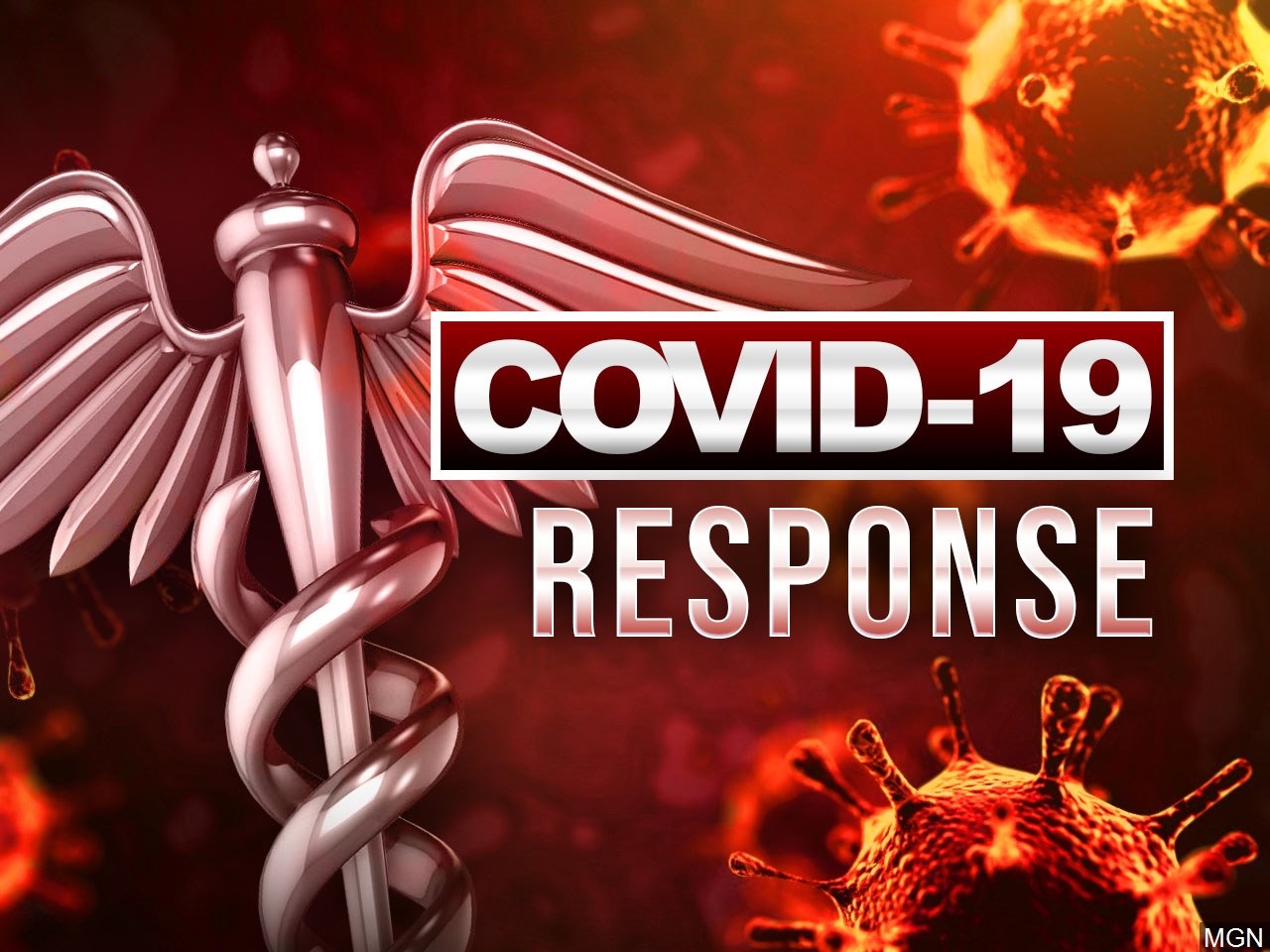 A local U.S. Congressman is taking additional steps to help those concerned about the coronavirus outbreak. WLNI’s Ian Price has more: 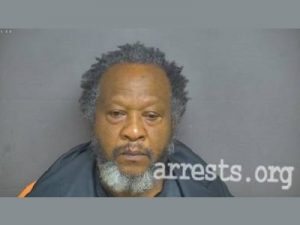 A Campbell County man faces multiple charges after officials say he attacked a sheriff’s deputy attempting to serve an outstanding warrant. While details are not provided, the charges suggest  that at one point, he was able to take the deputy’s firearm. The sheriff’s office says it happened yesterday at a residence along 3 Creeks Road between Gladys and Brookneal. 57-year-old Gary Waller faces counts that include disarming law enforcement of a firearm and assault and battery on a law enforcement officer. The deputy was released after hospital treatment.

NEWS RELEASE:  On Thursday, March 12, 2020 at approximately 9:30 a.m., a Campbell County Sheriff’s Office deputy arrived at the 5600 block of Three Creeks Road to serve an individual an outstanding warrant. Upon making contact with the individual, the subject attacked the Deputy, an altercation followed, and the subject was taken into custody.

As a result of the attack, the deputy was transported to Lynchburg General Hospital, treated for non-life-threatening injuries and released.

The assailant, 57 year-old County resident Gary L. Waller, is in custody and facing the following charges: