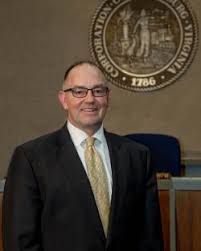 Lynchburg City Council has heard a proposal from staff that includes a 5% salary increase for all state-funded city positions. The proposal comes after the same report projected an increase in city revenues of more than $3M for fiscal year 2022. Raises to city staff would eliminate the more than $280,000 currently budgeted to only […]

Lynchburg threatens to cut water for households with unpaid bills

Lynchburg City officials are threatening to turn off water for more than 1,000 households as soon as September that are behind on their water bills. The News & Advance reported yesterday that the city paused water-service cutoffs in March because of the coronavirus pandemic. Officials wanted to make sure people could wash their hands to […]

Bedford County Schools postpone start of classes by one week

Bedford County Public Schools are moving back the start of classes by one week. The announcement was delivered in a video posted on the school system’s YouTube channel. Officials say teachers will report on their originally-scheduled date, and the additional week allows them more time to prepare and train for the blended learning system that […]

The big question: should remote learning be mandatory or optional? 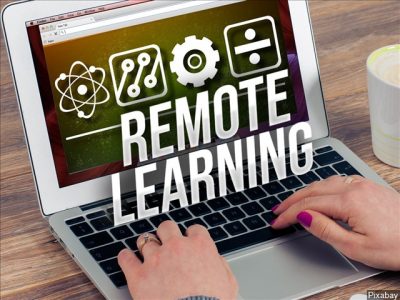 The union representing tens of thousands of Virginia Teachers says health and safety must be top priorities in deciding how schools open in person, on line, or both.  But supporters of five-day in-person instruction say anything less will put all Virginia students behind the education curve. WLNI’s Evan Jones has more: 07-13 Reopening Schools Wrap-WLNI […]

Protesters in Richmond tear down another Confederate statue

RICHMOND, Va. (AP) – Another Confederate statue in Richmond has been torn down. News outlets report demonstrators toppled the Howitzers Monument located near Virginia Commonwealth University’s Monroe Park campus Tuesday night. The protesters spent the night marching in the rain before using a rope to pull it down from its pedestal. Video from the Richmond […]

LYNCHBURG, Va. (AP) — A freshman Virginia GOP congressman who angered social conservatives in his district when he officiated a gay wedding lost his party’s nomination. U.S. Rep. Denver Riggleman lost a GOP convention Saturday that was done via drive-thru because of the coronavirus pandemic. He was defeated by Bob Good, a former official in […]

RICHMOND, Va. (AP) — A small group of demonstrators toppled a statue of a Confederate general in the former capital of the Confederacy late Saturday, following a day of largely peaceful protests in the Virginia city. The statue of Gen. Williams Carter Wickham was pulled from its pedestal in Monroe Park, a Richmond police spokeswoman […]

Lynchburg City officials have declared a local state of emergency and a curfew will be enforced beginning tonight from 8 pm to 6 am. This comes after several nights of protests, that have resulted in several arrests. Curfew violations will be punishable as a Class 1 misdemeanor.Under the curfew, people should not be present on […]