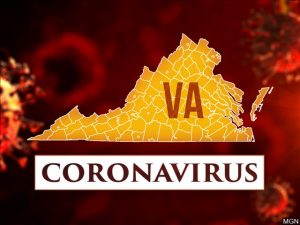 Centra officials say forecast models they are using show the COVID-19 surge in Virginia is now likely to occur sooner than earlier expected, and the statewide fatality total is likely to be lower than first projected. But Centra says it is nonetheless remaining prepared to handle much larger local numbers that expected.  Officials say the Virginia peak is now expected later this month with 1,400 deaths, down from earlier projections of 3,300. At the same time, based upon population, the statewide total per capita is higher than that of many other states. WLNI Intern Reporter Rachel Meell has more:

In an on-line news conference this morning, the health system says there are currently enough masks available for all employees, and they expect the supply to remain adequate, but they are working “aggressively” to make sure that remains the case.