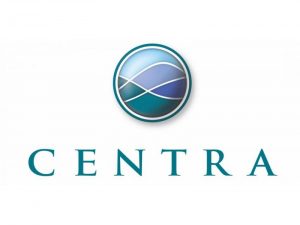 Centra and a Lynchburg-based medical practice have agreed to a $9.3 million settlement with federal prosecutors. The feds say Centra and Blue Ridge Ear Nose Throat and Plastic Surgery violated regulations that restrict the financial relationships hospitals may have with physicians who refer patients to them.

NEWS RELEASE: LYNCHBURG, VIRGINIA – Centra Health Inc. and Blue Ridge Ear, Nose, Throat and Plastic Surgery, Inc. have agreed to pay the government $9,345,845 to settle claims alleging they violated the False Claims Act and the Virginia Fraud Against Taxpayers Act by engaging in improper financial relationships. Centra and its affiliates are nonprofit corporations operating hospital facilities in the Lynchburg-area including Southside Community Hospital, Virginia Baptist Hospital, and Lynchburg General Hospital. Blue Ridge ENT is a physician practice group in Lynchburg that refers patients to Centra’s hospital system. The settlement involved financial relationships Centra and its affiliates had with several referring physicians and groups including Blue Ridge ENT in violation of the Stark Law, the Anti-Kickback Law, and other federal regulations that restrict the financial relationships hospitals may have with physicians who refer patients to them. Centra proactively came forward, self-disclosed its violations of the False Claims Act, and worked with the government to resolve these issues.

“Health care cases continue to be a top priority in our office,” First Assistant United States Attorney Bubar said today. “Improper financial relationships between hospitals and their referral sources can compromise a physician’s medical judgment, increase health care costs, threaten the integrity of the healthcare system, and endanger the public’s trust. The settlement announced today reflects not only our willingness to work with our community partners who review their own practices and make appropriate self-disclosures, but also the importance of our False Claims Act whistleblower provisions that encourage private citizens to contribute to our efforts to identify and eliminate fraud.”

“This settlement sends a strong message that improper financial relationships between hospitals and their referral sources will not be tolerated in Virginia,” said Attorney General Herring. “When a hospital enters into an improper financial relationship with their referral sources it could not only harm the care a patient receives but it also undermines the integrity of the whole health care system. I want to thank our local and federal partners as well as my Medicaid Fraud Control Unit for their hard work and collaboration on this case.”

“Centra and its affiliated hospitals stepped up and self-disclosed their improper relationships with physician groups, including blatant violations of the Stark self-dealing law, compensation for referrals, and problematic physician recruitment agreements,” said Maureen R. Dixon, Special Agent in Charge of the Office of Inspector General for the U.S. Department of Health and Human Services.  “We will continue working closely with our State and Federal partners to protect the integrity of government health programs.”

As part of the settlement announced today, Centra identified physician recruitment agreements with physicians who had already relocated to south-central Virginia, physician employee compensation arrangements that took into account the value of referrals for in-office laboratory tests, financial arrangements with physicians that were not memorialized in a written and executed contract, and agreements with trauma call coverage physicians and an oncology practice that did not satisfy any exception to the Stark Law.

Blue Ridge ENT allegedly had a financial relationship with Centra to guarantee income to one of its physicians where Centra agreed to reimburse Blue Ridge ENT for actual additional incremental costs attributed to that physician. Blue Ridge ENT, however, knowingly claimed and received reimbursement beyond what would be allowed by the Stark Law and the Anti-Kickback Law. These allegations were brought in a lawsuit filed by a former Blue Ridge ENT physician under the qui tam provisions of the False Claims Act, which permit private individuals to sue on behalf of the government and share in any recovery. The Act permits the government to intervene in, and take over, the whistleblower’s suit or for the whistleblower to pursue the action on the government’s behalf. The relator will receive a share of the settlement.

The case was handled by Sara Bugbee Winn, Assistant United States Attorney at the United States Attorney’s Office for Western District of Virginia, Christina K. McGarvey, Senior Counsel for the Office of Inspector General of the Department of Health and Human Services, and Kimberly M. Bolton, Assistant Attorney General in the Virginia Attorney General’s Medicaid Fraud Control Unit. The claims settled by this agreement are allegations only, and there has been no determination of liability.