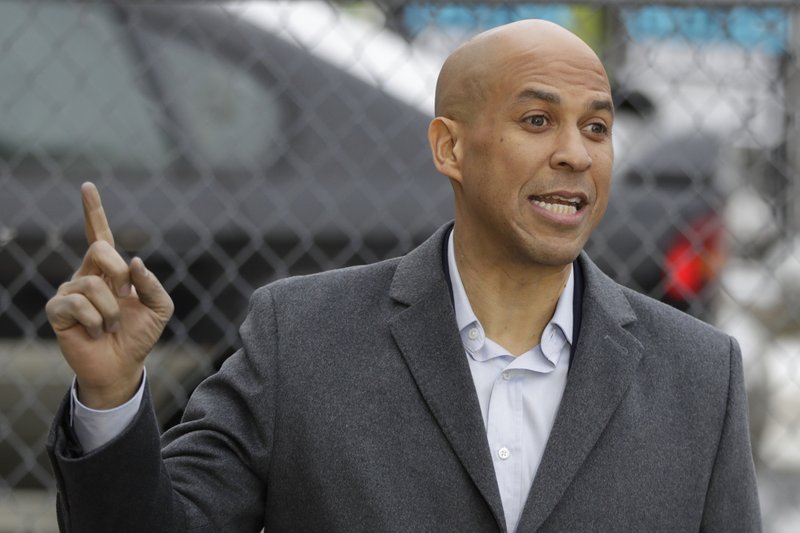 JUPITER, Florida (AP) — Most 2020 Democratic presidential candidates quickly joined the call for Virginia Gov. Ralph Northam to resign following the discovery of a racist photo in which he appeared more than 30 years ago.

Northam apologized twice Friday after the photo from his medical school yearbook surfaced, but the freshman governor’s expressions of regret have not quieted calls for him to step down from the office he took over less than a month ago.

He appears to have almost no choice but to resign after losing support from Democrats in Virginia and beyond, including among the Democratic Party’s historically diverse and growing field of 2020 candidates, which includes two African-American senators, Cory Booker of New Jersey and Kamala Harris of California.

“These images arouse centuries of anger, anguish, and racist violence and they’ve eroded all confidence in Gov. Northam’s ability to lead,” Booker said Friday on Twitter. “We should expect more from our elected officials. He should resign.”

Booker had entered the presidential race that morning, which also was the start of Black History Month.

Harris said the “stain of racism should have no place in the halls of government. The Governor of Virginia should step aside so the public can heal and move forward together.”

The yearbook images were first published Friday afternoon by the conservative news outlet Big League Politics. The Virginian-Pilot later obtained a copy from Eastern Virginia Medical School, which Northam attended. The photo shows two people looking at the camera — one in blackface wearing a hat, bow tie and plaid pants; the other in a full Ku Klux Klan robe.

An Associated Press reporter saw the yearbook page and confirmed its authenticity at the medical school.

In a written apology Friday, Northam called the costume he wore “clearly racist and offensive” but didn’t say which one he had worn. In a subsequent video statement, Northam said he was “deeply sorry” but remained committed to serving the “remainder of my term.”

“I accept responsibility for my past actions and I am ready to do the hard work of regaining your trust,” Northam said.

“There aren’t two sets of rules for our friends and our foes: Right is right and wrong is wrong,” Gillibrand said on Twitter late Friday. “Americans deserve to be respected by their leaders, and racism cannot be excused in our government or anywhere else. Having seen the photo, I believe Governor Northam should resign.”

Delaney said the appearance of the photo would “impair his ability to have the kind of moral authority that is needed to lead people through the painful and important discussion about race relations in our country.”

Northam’s departure would mean Fairfax, the current lieutenant governor and only the second African-American to win statewide office in Virginia, would be the next governor. Northam’s term was set to end in 2022.