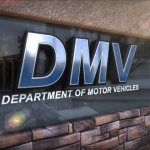 The Richmond Times-Dispatch reports the ruling came Friday, three days after Gov. Ralph Northam criticized the agency’s enforcement policy. Angel Ciolfi is director of the Legal Aid Justice Center, which joined a law firm in contesting the matter. She described the ruling as a “victory for the Constitution and for common sense.”

Attorney General Mark Herring’s spokesman says the office will “take the time needed to consider the judge’s opinion” before deciding how to proceed.