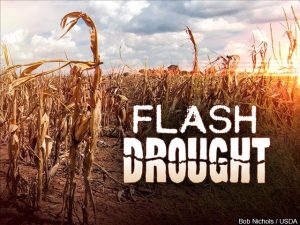 The Roanoke Times reports most of the Roanoke and New River valleys are experiencing moderate drought, with some parts reaching severe levels. The last area-wide rainstorm fell July 23.

The U.S. Department of Agriculture has reported 40% of pasture in Virginia in very poor condition. In addition, 67% of apples have been harvested this year, down from 74% during the same time last year.

Marshall says he’ll consider selling calves at lower weights even if that results in lower prices.