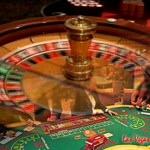 RICHMOND, Va. (AP) _ A group working with the Pamunkey Indian Tribe has bought land in New Kent County that could be used for a resort and casino. The Daily Press reports that an Illinois-based company has purchased more than 600 acres in the county for about $3 million. The tribe has said recently it’s looking at several potential sites in Virginia to build a $700 million resort and casino. The Department of Interior granted federal recognition to the Pamunkey in 2015, allowing the possibility of casinos through a separate approval process. Virginia currently has no casinos. The tribe was considered the most powerful in the Powhatan Paramount Chiefdom, which greeted the English settlers at Jamestown, and claims Pocahontas among its lineage.