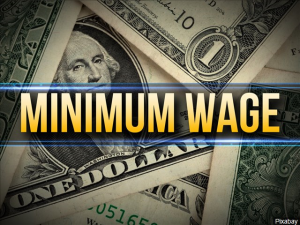 HARRISONBURG, Va. (AP) — More than 100 employees at James Madison University have received a pay increase after the school adopted a minimum wage of $12 an hour.

The school announced Monday that it was adopting a living wage for all full-time employees, and set the minimum wage at $12 an hour after determining that a living wage in Rockingham county is $11.38 an hour.

In all, 109 employees who were earning less than $25,000 a year received the pay increase.

The pay increases will cost the university about $75,000 a year.

James Madison, like all public universities in Virginia, froze tuition rates for the upcoming school year in exchange for additional state funding.