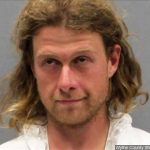 ABINGDON, Va. (AP) — A Massachusetts man accused of fatally stabbing a hiker on the Appalachian Trail has been found mentally incompetent to stand trial. James L. Jordan was returned to the custody of the U.S. Marshals Service on Wednesday after U.S. District Magistrate Judge Pamela Meade Sargent found that he is not mentally fit for trial. The 30-year-old Jordan, from West Yarmouth, Massachusetts, is charged with murder and assault with intent to commit murder for allegedly attacking two hikers with a knife on the Appalachian Trail in southwestern Virginia on May 11. Ronald Sanchez Jr., 43, of Oklahama, died after being stabbed repeatedly, and a female hiker was seriously hurt. Authorities have not identified the woman. Jordan’s public defender, Lisa Lorish, declined to comment on the finding.