A tweet from Liberty University President Jerry Falwell Jr. earlier this week about President Trump getting “bonus time” was facetious and not to be taken seriously. At least that’s what our political analyst tells WLNI’s Ian Price: 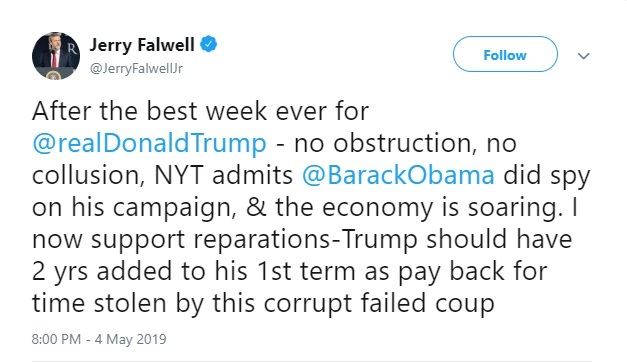