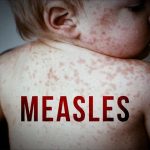 CHANTILLY, Va. (AP) — Health officials in northern Virginia are warning the public about potential exposure to measles after a child in the region contracted the illness. They’re especially warning those who were at Dulles International Airport’s Terminal A and baggage claim from 5:30 p.m. to 8:30 p.m. June 2 that they might have been exposed. Other possible exposure sites are Novant Health UVA Health System Haymarket Medical Center and Inova Fair Oaks Hospital on June 2 through June 4. Health officials say people who never received the measles vaccine should see a doctor if they might have been exposed. Those who have received the standard two doses of the vaccine don’t need to do anything. People who received just one dose are likely protected but advised to see a doctor out of an abundance of caution.