Man who reported wife’s suicide now charged with her murder 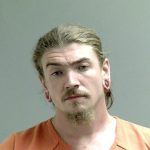 A Martinsville man faces murder charges after reporting that his wife had committed suicide. Police say the call came Monday, and further investigation determined the shooting death of Amber Ives was a homicide, not self-inflicted. 25-year-old David Ives was arrested yesterday; he faces murder and firearms charges.

NEWS RELEASE: David Dillon Ives (DOB: 11/14/1993) was arrested on 8/15/2019 for the murder of his wife, Amber Ives. David Ives has been charged with 2nd Degree Murder, use of a firearm in committing a felony, discharging a firearm within an occupied dwelling, and reckless handling of a firearm. He is currently being held without bond.

On 8/12/19 Martinsville Officers responded to a reported suicide at 735 Onieda Street. Upon arrival, the officers found Amber Ives, age 25, with an injury consistent with a gunshot wound. The victim did not survive the injury and was pronounced dead at the scene. Information and evidence collected at the scene by officers and results from the medical examiner’s office determined that the case was not a suicide but a homicide. Further information obtained during the investigation by the Martinsville Police Department and the Virginia State Police resulted in charges against David Ives.

Although an arrest has been made, the investigation is ongoing and no further information will be released at this time. If anyone has any information regarding this crime, contact Sergeant Richard Ratcliffe at 276-403-5331 or Crime Stoppers at 276-63-CRIME.