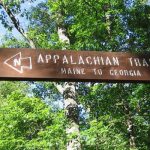 From the U.S. Attorney for the Western District of Virginia: United States Attorney Thomas T. Cullen and David W. Archey, the Special Agent in Charge of the FBI’s Richmond Division, announced today an arrest in a deadly stabbing incident that occurred along the Appalachian Trail in Wythe County, Virginia that left one person dead and another severely injured.

“I commend local law enforcement in Wythe and Smyth Counties for mobilizing successful rescue and tactical operations in this remote region,” U.S. Attorney Cullen stated today.  “Thanks to their efforts, the suspect was safely apprehended and a seriously wounded victim received critical medical care.   We will continue to work with our state and local partners to bring the perpetrator of this senseless and brutal attack to justice.”

This investigation is ongoing. The federal charges against Jordan will be officially filed in U.S. District Court in Abingdon Monday morning. The defendant will have an initial court appearance in federal court in Abingdon on Monday, May 13, 2019.

A criminal complaint is only a charge and not evidence of guilt.  The defendant is entitled to a fair trial with the burden on the government to prove guilt beyond a reasonable doubt.