Warning signs may have been missed in school shooting case 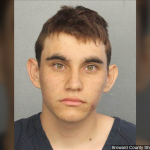 PARKLAND, Fla. (AP) — Months before authorities say Nikolas Cruz walked into his former high school and slaughtered 17 people, the troubled teen began showing what may have been warning signs he was bent on violence.

“Im going to be a professional school shooter,” a YouTube user with the screen name “Nikolas Cruz” posted in September.

The 19-year-old got expelled last year from Marjory Stoneman Douglas High School for undisclosed disciplinary reasons. And less than a year ago, the former Junior ROTC cadet bought a military-style AR-15 rifle.

As investigators tried to establish the motive for Wednesday’s shooting rampage, students and neighbors portrayed Cruz as an often strange and hostile figure who threatened others, talked about killing animals, and posed with guns in disturbing photos on social media.

“I think everyone had in their minds if anybody was going to do it, it was going to be him,” 17-year-old Dakota Mutchler said after Cruz was identified as the gunman in the nation’s deadliest school shooting in more than five years.

Benjamin Bennight, a Mississippi bail bondsman, was concerned enough after seeing the “professional school shooter” comment on his Youtube channel that he took a screenshot of it on his phone and called the FBI. Two FBI agents visited Bennight the next day.

Cruz was brought to the Broward County jail and charged with 17 counts of premeditated murder Thursday. (Feb. 15)

But the FBI said it never spoke to the Florida teen.

Math teacher Jim Gard told The Miami Herald that Cruz may have been seen as a potential threat well before the rampage. Gard said he believes the school had sent out an email warning teachers that Cruz shouldn’t be allowed on campus with a backpack.

“There were problems with him last year threatening students, and I guess he was asked to leave campus,” Gard told the newspaper.

Student Victoria Olvera, 17, said that Cruz had been abusive to his ex-girlfriend and that his expulsion was over a fight with her new boyfriend. Cruz had been attending another school in Broward County since the expulsion, school officials said.

Cruz had on a maroon polo shirt bearing an ROTC insignia and the school’s eagle mascot when he was arrested off school grounds about an hour after the attack. Investigators said he slipped away during the chaos by mixing in with the other students.

Jonathan Guimaraes, 17, told the Herald that he had been in JROTC with Cruz. “He was quiet, nice,” Guimaraes said. “That’s how he was able to blend in. He was wearing his JROTC uniform.”

Cruz was an orphan — his mother, Lynda Cruz, died of pneumonia Nov. 1, and her husband died of a heart attack years ago, neighbors, friends and family members told the Sun Sentinel. The couple had adopted Nikolas and his biological brother.

Around Thanksgiving, Nikolas Cruz moved in with a friend’s family.

According to lawyer Jim Lewis, who represents but did not identify the family, they knew that Cruz owned the AR-15 but made him keep it locked up in a cabinet and never saw him go to a shooting range with it. He did have the key, however.

Cruz passed a background check and legally purchased the semi-automatic rifle from a dealer in Florida in February 2017, authorities said.

The family is devastated and shocked, Lewis said. During the three months Cruz lived there, he was respectful and quiet but also sad over his mother’s death, the lawyer told the AP.

“No indication that anything severe like this was wrong,” Lewis said. “Just a mildly troubled kid who’d lost his mom. … He totally kept this from everybody.”

Jordan Jereb, head of a white nationalist group called the Republic of Florida, said Thursday that Cruz was a member and had taken part in paramilitary drills with the organization. But investigators said they have not confirmed any such ties.

Cruz’s attorney, Melisa McNeill, said after a court hearing Thursday on the murder charges against the young man that Cruz was sad and remorseful and “just a broken human being.”

“When you don’t have the support system, that affects who you are, and that affects the people around you,” McNeill said. “And when your brain is not fully developed you don’t know how to deal with these things.”

Cruz was getting treatment at a mental health clinic for a while but hadn’t been there for more than a year, Broward County Mayor Beam Furr told CNN.