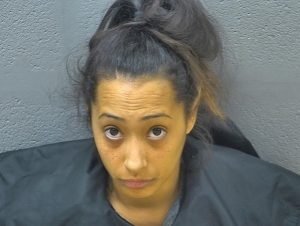 Mid-day gunfire outside a Lynchburg shopping center led to lockdown at E.C. Glass High School, and the arrest of a 26-year-old woman. City police say it happened just after noon at the Plaza Shopping Center along Memorial Avenue. Nobody was hit, but Patrice Rowan faces firearms and marijuana possession charges.

NEWS RELEASE: On February 14, 2020 at 12:11 p.m., officers responded to a report of shots fired at the Plaza Shopping Center on Memorial Avenue. As a precaution, E.C. Glass High school and Centra College of Nursing administrators placed both schools on lock down. Officers arrived on scene, secured the firearm, and detained two individuals. There are no reports of injuries as a result of this incident and all suspects are in custody. As a result of the incident at the Plaza, Patrice Rowan, 26, of Lynchburg, is charged with reckless handling of a firearm, discharging a firearm in a public place, discharging a firearm in city limits, and possession of marijuana. The second individual was not charged.