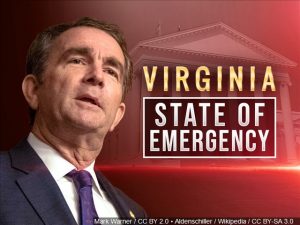 RICHMOND, Va. (AP) — Looser restrictions on businesses and social gatherings during the coronavirus pandemic are still at least a week away in Virginia, the governor said Thursday.

Gov. Ralph Northam said current coronavirus-related trends are “encouraging” but more data is needed before the state can start its second phase of reopening. He said the earliest the state would move into Phase 2 would be June 5.

“We want to be very careful and deliberate as we move forward,” Northam said.

The governor has previously indicated that the second phase of reopening would allow for social gatherings of no more than 50 people. He also has said he would loosen other restrictions in Phase 2, but hasn’t provided specific details.

After two months of being largely shut down amid the coronavirus, most of Virginia began the first phase of a gradual reopening on May 15. Retail stores have reopened with limited capacity, but indoor gyms remain closed and restaurants are prohibited from offering dine-in service except for in outdoor spaces.

Northam later allowed Virginia Beach to reopen its beaches with social distancing measures in place and on Thursday announced that every other public beach in the state can reopen Friday. And he announced that he would allow NASCAR to run single-day events without any spectators present. A June 10 race is currently planned to take place in Martinsville.

Also on Friday, Northern Virginia, Richmond and Accomack County will join the rest of the state in starting the first phase of reopening. Those areas delayed reopening after local officials expressed concerns they weren’t yet ready.

At his news conference Thursday, Northam also defended his recent order requiring that masks be worn in stores and other public spaces. Republicans and some businesses have expressed concerns that the mandate will put an unfair burden on businesses by making them have to enforce it.

Northam said he doesn’t want businesses to feel compelled to enforce the policy and urged them to contact the Department of Health or a local health office is someone is refusing to wear a mask.

“The intent of this is to do the right thing and to take care of those around you,” Northam said. “It’s not to lock people up in jail.”