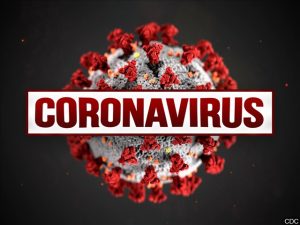 Governor Northam says Virginia is working to obtain more ventilators to handle the expected surge in demand and need as the number of coronavirus cases keeps growing. WLNI’s Evan Jones has more:

NORFOLK, Va. (AP) — Virginia Gov. Ralph Northam doubled down Tuesday on his warning that people will have to stay at home and many businesses will remain shuttered for “months, not weeks” as the nation battles the coronavirus pandemic.

Northam, who is a doctor, warned against “mixed messages” when asked about President Donald Trump’s outlook on the coronavirus. The Democrat did not share Trump’s hopes that the country would reopen by Easter, which is 19 days away.

President Trump said during a Fox News virtual town hall that he would “love to have the country opened up and just raring to go by Easter.”

He argued that tens of thousands of Americans die from the seasonal flu or in automobile accidents and “we don’t turn the country off.”

“We’ll assess at that time and we’ll give it some more time if we need a little more time, but we need to open this country up,” Trump added. “We have to go back to work, much sooner than people thought.”

Northam warned that the number of virus-related deaths in Virginia would keep going up.

“We have nowhere come close to hitting that peak of the curve,” the governor said. “But if we continue to do what we’re recommending, we will hopefully flatten that curve as much as we can.”

The latest victims were “elderly” residents of Canterbury Rehabilitation and Healthcare Center in Henrico County, according to a statement from the local health district.

Virus cases in the state reached 290, with 45 hospitalizations, according to the latest information from the state health department.

Many of the cases are concentrated in northern Virginia and in an area near Williamsburg that’s known as the Peninsula. Nearly 4,500 people have been tested in the state.

The virus causes only minor flu-like symptoms in most people, who recover in a matter of weeks. But it is highly contagious and can cause severe illness or death in some, particularly the elderly and those with underlying health problems. Severe cases are often only able to breathe with respirators.

Northam said the state is working to get more respirators. He also said Virginia has received its first shipment of protective equipment such as masks, gowns and gloves from the national stockpile. He expects another shipment next week.

He said the state is also reaching out to private companies to purchase more gear. He said Virginia’s Department of Corrections is also making masks.

“Please stay home unless necessary, and continue to practice social distancing if you must go out,” he said.

Virginia public schools will remain closed for the rest of the current school year.

Starting at midnight, certain types of businesses, like bowling alleys, salons, gyms and theaters, must close in response to the coronavirus outbreak.

Northam said restaurants can continue to serve and deliver takeout food. He said that “non-essential retail establishments can only remain open if they allow 10 or fewer patrons and adhere to social distancing and increased sanitizing procedures.”

Northam said businesses deemed essential, including grocery stores, pharmacies, banks and gas stations will also remain open but must adhere to the social-distancing and sanitizing rules.

He said the measures will remain in effect statewide for at least 30 days.