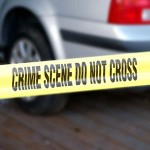 Lynchburg Police are investigating a vehicle fire that occurred yesterday afternoon near McConville Road. Media outlets report a red sedan burst into flames on Fleetwood Drive around 4:45 p.m Sunday. According to the News & Advance, authorities have neither confirm nor deny whether anyone was hurt in the fire, but a neighbor who lives next door said police told him a dead body had been found inside the car.