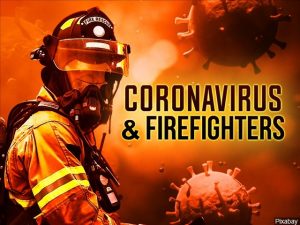 NEWS RELEASE: Lynchburg Fire Chief Greg Wormser is pleased to announce all 16 firefighters who were quarantined from Fire Station 3 (Fort Hill) have been cleared to return to duty. In making this announcement, Chief Wormser stated, “I am thankful for the outpouring of support from the community and the support from the families of our firefighters while they are away from home for extended periods of time.” In addition, Station 3 has been cleaned and will reopen today, Monday, April 6.

The department anticipates the remaining 10 firefighters from Station 1 (Downtown) to be released from quarantine later this week.

“I am very proud of our firefighters for working additional shifts and filling in for their colleagues to ensure the health and safety of our community,” said Chief Wormser.