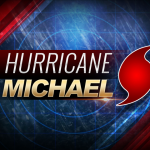 The remains of Hurricane Michael may be long gone, but the after-effects continue for VDOT. Officials say well over 100 roads in the Lynchburg District alone remained closed Monday, most of them secondary roads in Pittsylvania, Halifax, Prince Edward and Charlotte Counties. Major highway closures include portions of US 58 in Halifax and Pittsylvania Counties. As WLNI’s Evan Jones reports, some of the closures may last months: