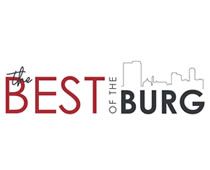 The Big 3: California Shooting, 2023 Oscar Nominations Today, and Virginia Among Best States to Retire. 6AM: The Big 3, Top 15 Baby Names in Virginia in 2022, Bad Cousin, and Dr. Elena Black. 7AM: What’s Trending, and Building Our Future. 8AM: Mike Mayo, A Preview of Tonight’s Lynchburg City Council Meeting, and Listener Calls. […]

Mari and Anthony are joined by special guest host, Megan Lucas, for this third week of January! We talk Firsts in the Burg and learn about some of the most famous people that have come out of Lynchburg. In the Partnering for Good segment brought to you by Bank of the James, we were serenaded […]