Thursday on The Sportsline was a NFL Draft special! We recap the insights from some of the most knowledgeable insiders including Cris Collinsworth, Marc Ross and Joe Theismann + Sam Fortier on what he expects from the WFT this weekend and the Morningline’s Mari White checks in from the Beacon of Hope “Corn-a-ment!” WLNI · […] 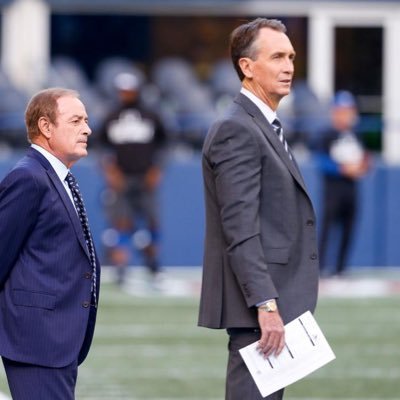 NBC NFL analyst Cris Collinsworth joins Rich and Dennis to preview the NFL Draft, discuss the biggest stories of the offseason around the league and share stories about broadcasting with his son Jac! WLNI · Cris Collinsworth 04-20-2021

Tuesday on The Sportsline starts with some national news from the Derek Chauvin trial, then Cris Collinsworth of Pro Football Focus joins Rich and Dennis to preview the NFL Draft, the boys send Kidd’s Korner up in smoke and Brandon Inge catches up with the guys in Hour 2! WLNI · The Sportsline 04-20-2021