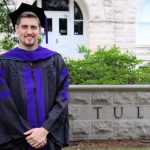 The Big 3: Russian Invasion of Ukraine, Stolen Car, and Anti-Putin Beer. 6AM: The Big 3, Malik Willis, ICYMI Featuring Local Players in the NFL Draft, Floating City, and Naomi Judd Passes Away, Elon Musk, and I Hate When That Happens. 7AM: Brian Kilmeade, Tone Deaf Ad, Norm Leahy, Gen Z in the Work Place. […]