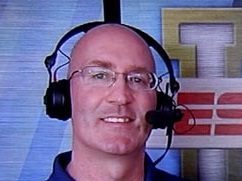 We had a busy Tuesday show on The Sportsline, starting with ESPN’s Mike Rooney live from Omaha ahead of UVA’s College World Series matchup with Mississippi State and Dave Provost from Lynchburg Mazda joined the show in Hour 1 + Jefferson Forest boys soccer coach Scott Zaring before their state title game against Smithfield tomorrow, […]