The Sportsline on a JOJO Pizza and Grill Night! Pat Bostick of the Pittsburgh Panthers talks about the struggles and early conference loss to Georgia Tech. Mark Garrow of the Performance Racing Network talks about the NASCAR Playoffs and drama around the nextgen cars. Plus, we have the Injury Report with Dr. Ben Ferry. WLNI […] 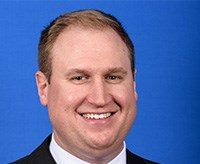 Former Pitt QB Pat Bostick joins The Sportsline to break down the Panthers vs. Hokies

Current radio analyst for the Pitt Panthers, Pat Bostick joins the show to discuss the big matchup versus the Virginia Tech Hokies, including breaking down what Tech does good that could give Pitt problems, dissects the rapid rise of Panther’s QB Kenny Pickett, and gives his opinion on if Pitt is the real deal after […]