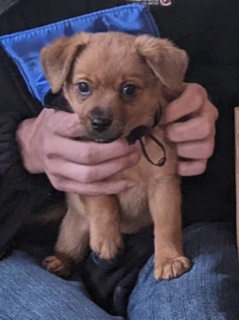 The puppy that was stolen from the Lynchburg Humane Society on Tuesday Afternoon has been returned! He was found after someone called into the Amherst County Sherriff’s Office which allowed officers to retrieve the 2 month old pup. Jersey will be united with his new family later today!