The Big 3: Afghanistan Update, Virginia Tech Vaccine Mandate, and DC Bomb Threat. 6AM: The Big 3, Listeners Weigh In, and Celebrate. 7AM: Listeners on Afghanistan, CVCC, and the Foods Taking Time Off of Our Lives. 8AM: Mike Cook, Centra, and The Friday Five! WLNI · The Morningline 08/20/2021 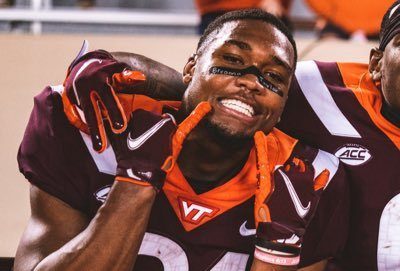 Hokie turned NFL Draft pick Khalil Herbert joined The Sportsline to talk about a dream come true, what’s next and explained the excitement of sharing this moment with some teammates. WLNI · Khalil Herbert 05 – 03 – 2021

Thursday on The Sportsline Brett Friedlander joined the show with some thoughts on the coaching and roster changes across the ACC in Hour 1. Hour two starts off with LCA and Heritage head football coaches Frank Rocco and Brad Bradley preview their state playoff matchup on Friday, Mike Burnop on VT Spring football and University […]

UPDATE: From Hays, Kansas Police:  The Hays Police Department has positively identified the female from our earlier media release as 30-year-old Stephanie J. Eggers out of Fulton, Mo. Originally, Eggers told officers she had no memory. Eggers later gave a detective false names. Throughout the investigation, Eggers lied to the detective and admitted that she had […]