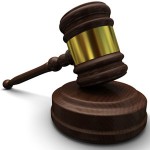 ALEXANDRIA, Va. (AP) – The first law enforcement officer in the U.S. ever to be charged with a terrorism offense is again scheduled for trial. Jury selection begins Monday afternoon in federal court in Alexandria, Virginia, in the case against Nicholas Young, who was a police officer in the region’s Metro system when he was arrested last year in a government sting. Prosecutors say Young bought nearly $250 in gift cards he intended for the Islamic State group, giving the cards to an individual who turned out to be an FBI source. Young’s lawyers say the sting amounts to entrapment after their client was under surveillance for six years. Documents show Young had been under surveillance since 2010. The trial had been expected to begin last week but was delayed when new evidence emerged.