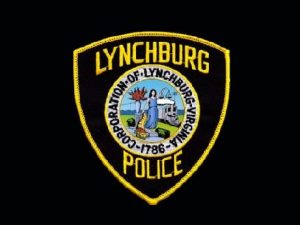 Tonight’s protest began with peaceful activity that devolved into disorderly conduct and several reports of shots fired, including one incident where individuals directly shot at officers. More than 250 people participated in the protest on Park Avenue near Miller Park and started the evening with a peaceful gathering. Eventually, several shots were heard in the area and protesters began blocking traffic along Park Avenue, which created safety and traffic hazards. As a result, one juvenile was injured and transported to Lynchburg General Hospital after he fell off of a vehicle he was riding on top of into the street. The LPD is not aware of any injuries from the shots fired tonight.

The LPD supports the right of our community to peacefully protest and we appreciate the many individuals in our city who are striving for these peaceful protests. We will continue to take action against those who threaten the safety of our community by turning these protests violent through shooting and creating disorderly situations.

Below are details of those arrested in connection with the violent activity over the past two nights.

Tykeim Michael Hurt, 20, of Lynchburg, was taken into custody and charged with three counts of felony property damage, one count of throwing a projectile into an occupied dwelling, and one count of unlawful assembly. These charges are in connection with unlawful activity at 5th and Federal Streets overnight last night.

Bryant Lamont Kemper, 38, of Lynchburg, was taken into custody and charged with incitement of riot, unlawful assembly, concealed weapon, concealed carry of a firearm by a felon, and carrying a deadly weapon during a riot. These charges are in connection with unlawful activity at 5th and Federal Streets overnight last night and unlawful activity in the area of Miller Park tonight.

As an update, Wendell Morris, 29, was the individual arrested at 12th and Church Streets on June 1, 2020. He is charged with threatening to bomb or burn a building and disorderly conduct.

Additional charges on those who engaged in violent activity are pending. The LPD also is investigating reports of shots fired from the roof of Fifth and Federal restaurant last night and if we determine that shots were fired, we will file appropriate charges.

This remains an ongoing investigation. Any additional information will be released as an update to this news release.