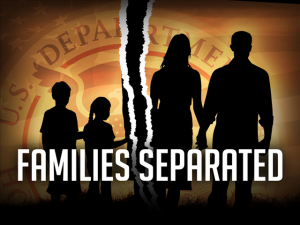 RICHMOND, Va. (AP) _ Virginia Gov. Ralph Northam says he’s recalling members of the state’s National Guard from the U.S.-Mexico border because he disagrees with a federal policy of separating immigrant children from their families. Northam made the announcement Tuesday, saying he would not devote resources that could support an “inhumane policy.” The Democratic governor said he had ordered four crewmembers and a helicopter to return to Virginia from Arizona. The crew was assisting the Arizona National Guard in surveillance operations on the border as part of a 90-day mission. Maryland Republican Gov. Larry Hogan also announced Tuesday that he was recalling Natural Guard members stationed at the border. And Massachusetts Republican Gov. Charlie Baker on Monday reversed a decision to send a National Guard helicopter.