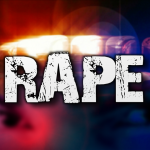 Virginia Attorney General Mark Herring says the first phase of a $3.4 million effort to eliminate the state’s rape kit backlog is complete. Herring announced in a statement Wednesday that testing is complete on 1,770 previously untested kits that were collected before 2014, including some that went untested for decades. As a result of the testing, officials say 239 “hits” were sent to law enforcement agencies for further investigation, including 144 that confirmed the identity of a previously known suspect and 56 in cases that had been previously cleared by arrest. Officials say at least 58 cases have been reopened for investigation or are currently under review for potential reopening. The testing also led to 568 DNA profiles being uploaded into CODIS, the national Combined DNA Index System.