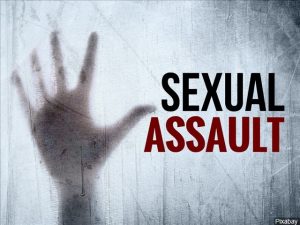 Virginia no longer has a backlog of untested rape test kits used to collect and test DNA samples from sexual assault victims, and advocates for those victims say it is about time. Attorney General Mark Herring says more than 2600 of these kits were sitting in storage when he took office — never tested — but not any more.  Herring says more than 350 of the tests have led to DNA hits, and some may lead to prosecutions. More from WLNI’s Evan Jones:

RICHMOND, Va. (AP) — Virginia has eliminated a backlog of thousands of untested rape kits, becoming only the seventh state in the country to do so, Virginia Attorney General Mark Herring said Wednesday.

Herring said the project to test rape kits — some decades old — began in 2015. Since then, 2,665 rape kits have been tested, 851 new DNA profiles have been uploaded into a national DNA database and 354 “hits” have been sent to law enforcement agencies for further investigation.

Rape kits are used to collect DNA and other physical evidence from rape victims.

“Eliminating this backlog means that a wrong has been righted, that justice is closer for more survivors and that Virginia is a safer place,” Herring said during a news conference.

In November, Herring announced that a Spotsylvania man has been charged with sexually assaulting a minor after being identified through the initiative to test untested rape kits. Herring said the man was charged after the DNA profile from a 2012 rape kit was uploaded to the national database and identified him as the source.

Herring said when he first took office six years ago, he was shocked to learn the state had a backlog of nearly 3,000 untested rape kits.

Along with eliminating the backlog, the state Department of Forensic Science developed an electronic tracking system so victims and law enforcement agencies are able to check the status and location of rape kits.

Debbie Smith, a Williamsburg woman who was raped by a masked intruder in 1989, said that after her perpetrator’s trial, she was shown a storage area filled with untested rape kits. She said she was heartbroken when she looked at all the kits because she knew “that each one of those women were feeling the same feelings I felt before my assailant was identified.”

“These kits can contain powerful DNA evidence that can identify unknown perpetrators, long unsolved cases, prevent rapists from claiming future victims, and it can even exonerate the innocent,” said Smith, the founder of Hope Exists after Rape Trauma, Inc., a nonprofit foundation, to help victims of sexual assault.

The Associated Press does not typically identify victims of sexual assault, but Smith has been a longtime public advocate for rape victims.