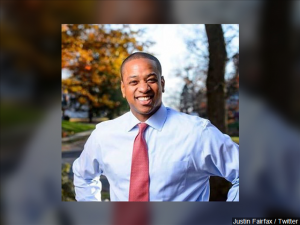 RICHMOND, Va. (AP) — Virginia House Republicans have announced plans to hold a meeting where Lt. Gov. Justin Fairfax and the two women who have accused him of sexual assault can testify. Republican Del. Rob Bell said Friday that the House Courts of Justice Committee plans to invite Vanessa Tyson, Meredith Watson and Fairfax for a “chance to be heard” at an unnamed future hearing date. The two women have recently come forward with allegations that Fairfax, a Democrat, sexually assaulted them years ago. Both women have criticized the General Assembly’s handling of their allegations. Fairfax has denied both accusations and said the matters should be investigated by law enforcement authorities. Friday’s announcement is likely to set off a fierce partisan brawl, as Democrats have strongly resisted calls for the General Assembly to investigate.