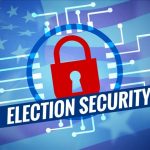 Congress is back in session, and Senator Mark Warner says it is time for the Senate to pass legislation that backers say will tighten election security — and enhance voter confidence in our election system. Opponents says it’s partisan and not needed. In his role as top Democrat on the Senate Intelligence Committee, Warner says the U.S. needs to do all it can to make sure foreign governments cannot hack into American voting booths. More from WLNI’s Evan Jones.